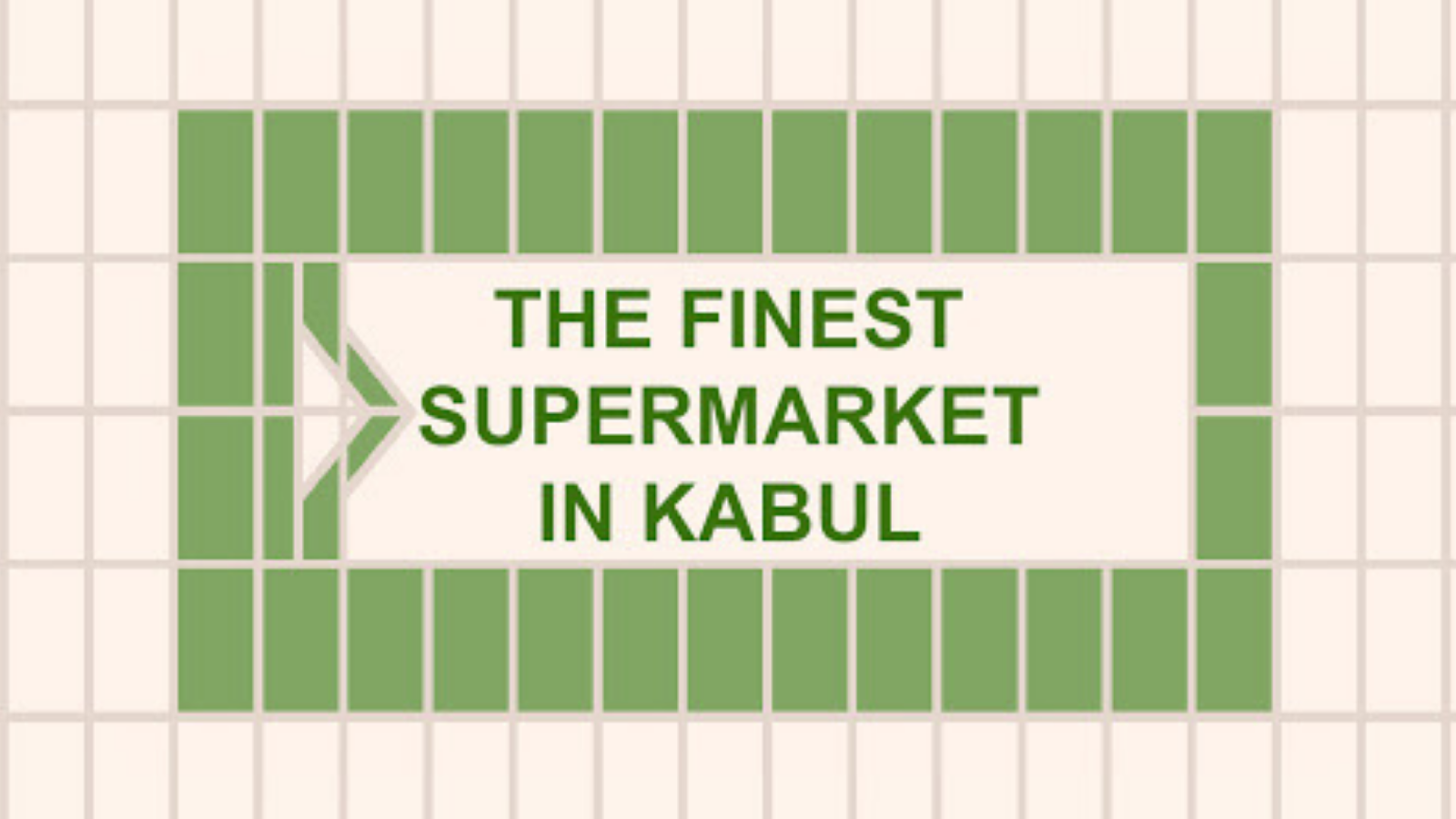 Ele Pawelski is a lawyer, former humanitarian worker and the author of The Finest Supermarket in Kabul, published in 2017 by Quattro Books. Many of the works written recently that are set in Afghanistan have been by soldiers who served there, and so I was interested in talking to someone whose experience in the country was as a humanitarian. Ele graciously agreed to be interviewed and to share her thoughts and experiences.

Phil: What first attracted you to becoming a humanitarian worker?

Ele: A flub in my law career. After my Articling year, as I hesitated about what next – that’s a whole different story – an opportunity to work with UN Women in Kenya came my way. I jumped at it. While there, my research supported the development of an Africa-wide women’s economic empowerment platform. It was momentous and energizing. The kind of work that makes you feel like you’ve just climbed a mountain to witness the best sunrise in the world.

I know what you mean. There are a few humanitarian projects that I supported in different places that I really felt good about, and that made any other work I did elsewhere pale in comparison. I think that a lot of humanitarian workers are sustained by that “high” when a project really moves the yardsticks forward in some way.

Something about being outside your home country elevates the thrill of accomplishment. Stakes seem higher or the projects more tangible. But to be fair, that adrenalin can be found everywhere.

Very true. Do you think that your background in humanitarian work impacts your writing?

Having lived and worked overseas has a bigger impact on my writing than the projects themselves. I see stories from other places or times that crave an audience.

That’s an interesting observation, because I think that when travel is done well, it gets us out of our comfort zones and really observing things with fresh eyes. In my opinion, observation skills are critical for writers. I see or hear or smell things all the time that get worked into my stories in different ways, sometimes in completely different contexts than where I’ve drawn them from. Where are some of the places you’ve travelled where you’ve seen these stories in need of an audience?

Let’s see: hiring a teacher in Bosnia to learn how to drive standard while my work colleague interpreted his instructions from the back seat; flying from Khartoum to my post in South Sudan and all the way back because my luggage had remained on the tarmac, literally; meeting a Kurdish activist in Syria who wanted his story told; getting stuck in Turkey for two days after I missed a connection to Tajikistan; learning where NYE parties happen in Antarctica; tracing where my father lived in post-WW2 Germany and talking to current inhabitants.

That’s enough fodder for a lifetime of writing! How about Afghanistan? What was your experience in Afghanistan like?

Kabul was a cozy neighbourhood for me. But mostly an ex-pat one. Like other places I’d lived, I met locals keen to be part of positive change. Yet the steps we took were so damn small. A few of my memories made it into my book – being on a plane from Delhi to Kabul that was packed with Pashtu men who were so out of place when the pop music blared after we landed; magnificent garden parties in the summer; breathtaking streams and mountains in Panjshir province; hours of tea drinking while shopping for rugs.

The landscapes in Afghanistan can be amazing, particularly in the Panjshir valley. I drove down to Kabul from the north through the Salang tunnel, in winter, and I had to stay focused on the task at hand, otherwise I would have spent the whole time gawking out the window. Carpet shopping, with the endless rounds of tea and haggling, was something I really enjoyed too, and actually quite miss. I also recall some pretty crazy stores in Afghanistan, whose selection of goods was both limited and ever-changing. Expired-but-frozen Russian cheese, 20L buckets of pickles, bags of hot sauce – all might fill the shelves one day and be gone the next.  Do you have any particular memories of shopping in Afghanistan?

An aisle dedicated to just Coke and Pepsi at The Finest Supermarket, where the main action of my book takes place.

That sounds familiar! The “bizarre bazaar” aspect of what was available was in the earlier days after 9/11, when there was so much disruption to trade, as well as all kinds of traders rushing to get goods they thought could sell into the market. Very chaotic times, really, especially for the Afghan people who had already weathered years of difficult times.

By the mid-2000s, bombings had become very common in Afghanistan, particularly in Kabul. What kind of impact do you think constant threat of violence, over long periods of time, has on a society?

Over time, a constant threat of violence begets acceptance and normalization of that violence and chaos, which is good for coping in the short term. Overseas, I worked in six different countries. With each new contract and country, my own tolerance for comfort and threat of violence stretched further and further. At the time, I didn’t notice. I don’t think anyone does. But over long periods, where people don’t have a choice to live differently, it stunts growth and slashes opportunity. Nothing good comes of long-term violence.

There have been some good studies written about this, but I don’t think that its widely enough understood that conflict creates a psychological impact on a society-wide scale. This becomes one of the root causes of further conflict as well, creating cycles that any society would struggle to pull itself out of.

Absolutely. We have our own issue of long-term, intergenerational harm of Indigenous Peoples. So much to sort out, to try to get right or better. Part of the reason I ended my international career is there are needs here that make more sense to me to work on.

There certainly is a lot of work to be done here in Canada, and Indigenous issues (which are actually Canadian issues) need to be at the top of our list.

Why did you decide to write “The Finest Supermarket in Kabul”?

In 2009, I made a rash decision to move home to Toronto – also another story.

Friends suggested a memoir project while I sorted out a new career. Around the same time, I joined a writing group with the idea of expanding my circle of friends and finding a group of like-minded artists. As time passed, I absorbed more and more fiction written, and scribed some of my own.

Writing groups are an interesting thing. I joined one as well when I first started writing full-time, and I found some friends there who have endured. But I was pretty quickly tired out by the politics of the group, and after about two years, a few of us left to just do our own thing. A solid writing group is worth its weight in gold!

Honestly, my writing group was fabulous for a really long time – both for great writing and friendships that keep going even today. You and I connected through Heather Wood, from the writing group. I would never have published The Finest Supermarket without it. Recently, I joined another one. Hopefully it’ll get me through my next book. Plus, lots of wine.

I might have to get more details on this writing group of yours. It sounds great.

Truth be told, I couldn’t quite get the memoir going. Then, in January 2011, I read a very personal news story: a suicide bomber had targeted a convenience store in Kabul where I’d frequently shopped. I recognized the ads in the shop windows from online photos of the incident. Thankfully I didn’t know anyone who’d been hurt in the attack. But it felt like I did.

Just like that, I knew the tale I wanted to write. Seven years later, The Finest Supermarket in Kabul was published.

How much of “The Finest Supermarket in Kabul” is drawn from your own experience, beyond your reaction to that news article?

Tons! I’d say maybe forty percent. I had a driver like Asif; the male judge in Elyssa’s chapter is real, ug; the Friday midday gathering at Gandamack Lodge was a weekly event…

A great spot for a cozy gathering, and with a name drawn from the Flashman series as well! (it was the name of Flashman’s fictional estate) I’m a sucker for literary references.

I’m curious about your decision to use three point of view characters in your story, and to write in each case from the first-person point of view. Can you explain what led you to this approach?

When a bomb goes off in a place like Kabul, there’s a national impact, but at the core so many individuals are affected in different ways for a long time. I wanted to get into how that looked. I also wanted to show how different the same events can be depending on where you are and who you are: a politician who just happens to be there and jumps in to help, a journalist who deliberately goes there to cover the story, and a human rights lawyer who wants to be distant but is drawn closer as the afternoon unfolds. First person gives the reader connection and intimacy with each character.

It certainly does. I appreciate how your novella takes an event that seems very flat to most people – bombings are things that happen “somewhere else” to most Canadians, and they don’t give much thought to who might be impacted – and gives it depth.

What we get here are short, newsy snippets. The long read is missing. It’s more real, more human to find out what happens after the bomb.

Exactly. That same idea is what drove me to write This Shall Be a House of Peace, which is essentially the origin story of the Taliban, because otherwise all we know is the surface reality presented in the news.

This has been a hard year for a lot of people. Has the pandemic changed your view on the role of the artists/writers within society?

Creativity and artistry are such important yet often undervalued pursuits. The closure of so many events and activities has been hard. It’s cool to see subtle reinventions so creators and audiences can meet. I really hope we hang on to some of it.

Amen to that! And so, are there any new projects that you’re working on now?

I always have writing projects on the go! My current list includes research for my next book: when Grete and her daughter are evacuated from their small German town in WWII, she assumes her son will be safe at the children’s camp in the south. Instead, the leaders callously abandon the camp and the boys. Josef resolves to get home not knowing his mother isn’t there. They’re desperate to reunite, somehow. I also have a short story featuring a film camera in three distinct time periods, and another one set in Toronto’s art scene in the 1980s that I’m trying to get published.

All those projects sound interesting, but I love the idea of following a camera in different periods of time. I’m a history buff and a museum curator, and I am sometimes in awe when I think of the “journey” that different objects have taken to find their way into my hands.

I’m always curious about what other writers are reading. Is there anything that you’d recommend?

I try to read Canadian as much as possible: The Break by Katherena Vermette, The Sweetest One by Melanie Mah. Recently finished A Constellation of Vital Phenomena by Anthony Marra, and just picked up Petra’s Ghost by C.S. O’Cinneide after reading your interviews – I love the Camino!

Petra’s Ghost is amazing, and I’m glad that you heard about it from me!