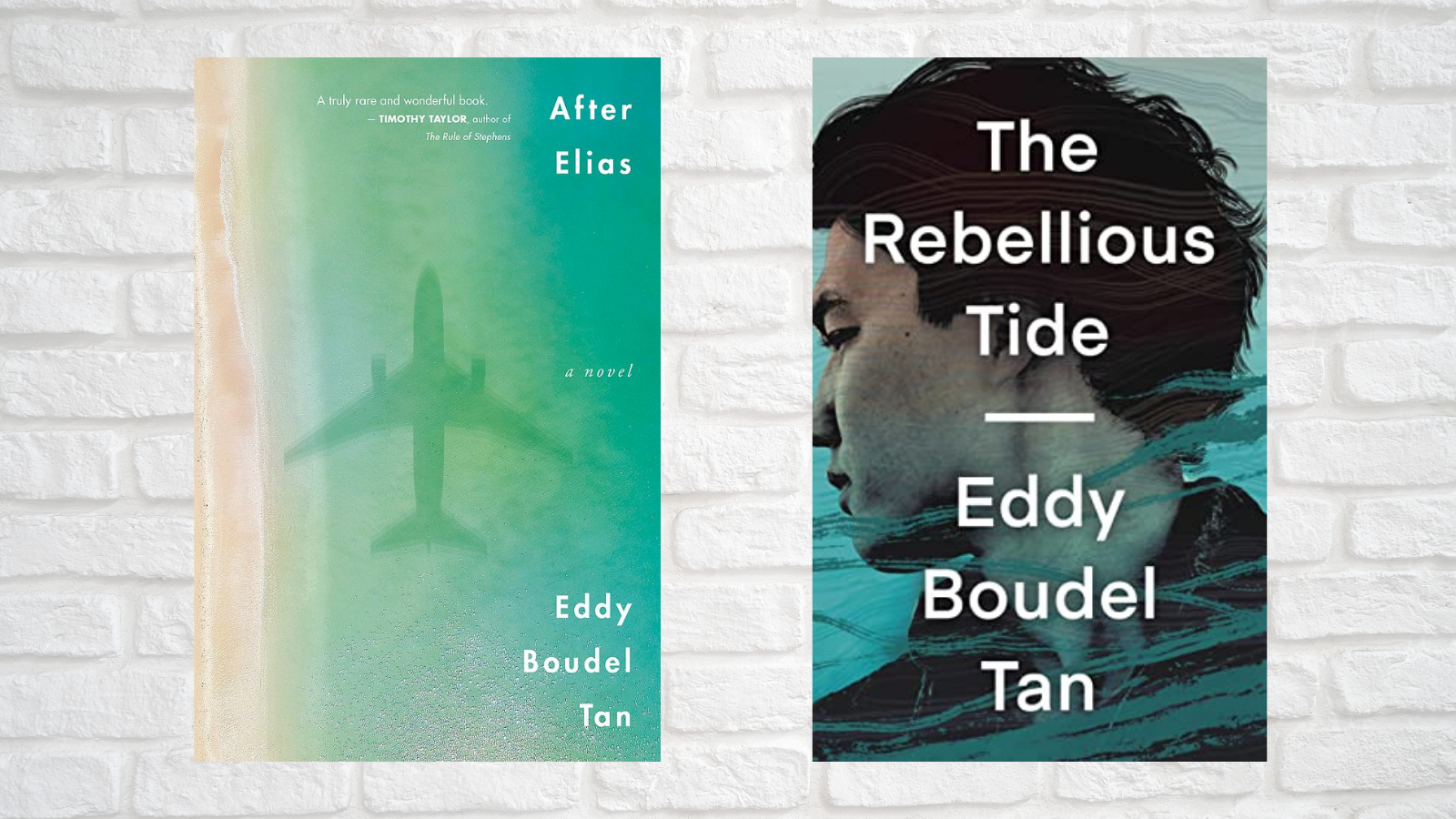 One of the best things about being a writer is that you get the opportunity to connect with other writers. I love being able to see what other people are writing, and then to talk to them about the choices they made, things they tried, things they discarded, etc. Writing can be a very solitary profession if you let it be – though almost every writer I know enjoys commiserating with other writers about their work. I really enjoyed speaking with Canadian writer C.S. O’Cinneide, and so I’ve done another interview, this time with Vancouverite Eddy Boudel Tan. Eddy has written an incredible debut novel, After Elias, that is garnering praise from readers, reviewers and other authors, and is undoubtedly a Canadian writer to watch in the coming years. Below, he opens about about his process.

What inspired you to first start writing?

A love of reading, mainly. I’ve been writing stories since I was old enough to pick up a pencil. I’d write and illustrate my own books in those old Hilroy notebooks, then get my parents to read and edit them. I like to think I’ve grown as a writer since then, but I’ve got to say, those books were pretty good.

I turn on some music to fire me up, then I ride a wave of caffeine and inspiration for as long as the words flow freely. I know it’s a story worth writing by my level of obsession with it. If I’m not fixated on the idea and itching to put it on the page, then it’s probably not going to make it very far. Once I have a winning idea (and conjuring up stories is the best part, really), I like to outline the beats while leaving enough white space for the story to take shape in its own wild, wonderful ways. As much as I like to plan, the magic happens when the story begins to tell itself, often deviating from its outline.

What’s the hardest part of writing for you?

For my first novel, After Elias, the hardest part was striking the right tone between light and dark. It’s a tragic story—a pilot flies an airplane into the sea one week before his wedding day—but I didn’t want it to be entirely grim. It deals with some heavy topics, and it was important to me to treat those with respect, but there are elements of lightness and levity. Like life itself, there are moments of joy, moments of pain, and everything in between. It’s a tricky balance to strike. Did I pull it off? Hard to say, but I’m encouraged by reviews from readers who say they found themselves crying and laughing at various points in the story.

Has the pandemic changed your view on the role of the artists/writers within society?

I think the pandemic, along with the inequalities and injustices exposed by it, has only heightened my belief in the importance of art. It has the power to heal and unite, to instill compassion and empathy, and we need it more than ever during times like these.

Both “After Elias” and “The Rebellious Tide” have mysterious elements, but don’t fit neatly into the “mystery” or “thriller” genre. How aware are you of genre when you write?

I tend not to worry too much about genre. I appreciate how important it is when it comes to pitching, marketing, and merchandising books, but my work defies easy categorization (inadvertently, I think). I usually describe it as contemporary fiction with an undercurrent of mystery, but sometimes I feel an urge to create my own genres, like emotional adventure or literary surrealism. In many ways, those feel more accurate.

What draws you to the idea of “mystery” in your writing?

I grew up reading Agatha Christie and Stephen King. I’ve always been drawn to mysterious literature, and that has certainly influenced my style of writing. My favourite stories are those that are surprising and unexpected. After all, the world is one giant mystery. What is life if not a constant search for answers? I wouldn’t classify my work as mystery, but I do try to uncover the mysteries in everyday life.

What advice would you give to other writers or artists?

Everything you do should feel true.

Do you see particular challenges that are unique to being a queer writer that people might be unaware of?

It’s especially difficult to honour what makes my community special while convincing everyone else that our stories are relevant to them too. It’s important to me that I help strengthen LGBTQ+ representation in literature, and I don’t take that responsibility lightly, but I also want my work to be read widely by people of all sexual and gender identities. After Elias centres on a queer couple, and while their queerness is essential to the story, it certainly isn’t the full story—I think all readers would be able to see pieces of themselves in the characters and connect with the universal themes of regret and aspiration. I sometimes fear that non-LGBTQ+ readers won’t even give the book a chance, but so far they’ve been proving me wrong.

Are you working on a new project?

I’m in the early (and I do mean early) stages of my third novel. All that I’ll say now is the story will be about chance.

What are you reading now or have read recently that you’d recommend?

I’m currently reading A Door Between Us by Ehsaneh Sadr, a thrilling novel set during the Green Wave protests that erupted after the 2009 Iranian election. I highly recommend it.

BIO: Eddy Boudel Tan is the author of two novels, After Elias (Fall 2020) and The Rebellious Tide (Summer 2021). His work depicts a world much like our own—the heroes are flawed, truth is distorted, and there is as much hope as there is heartbreak. He lives in Vancouver.