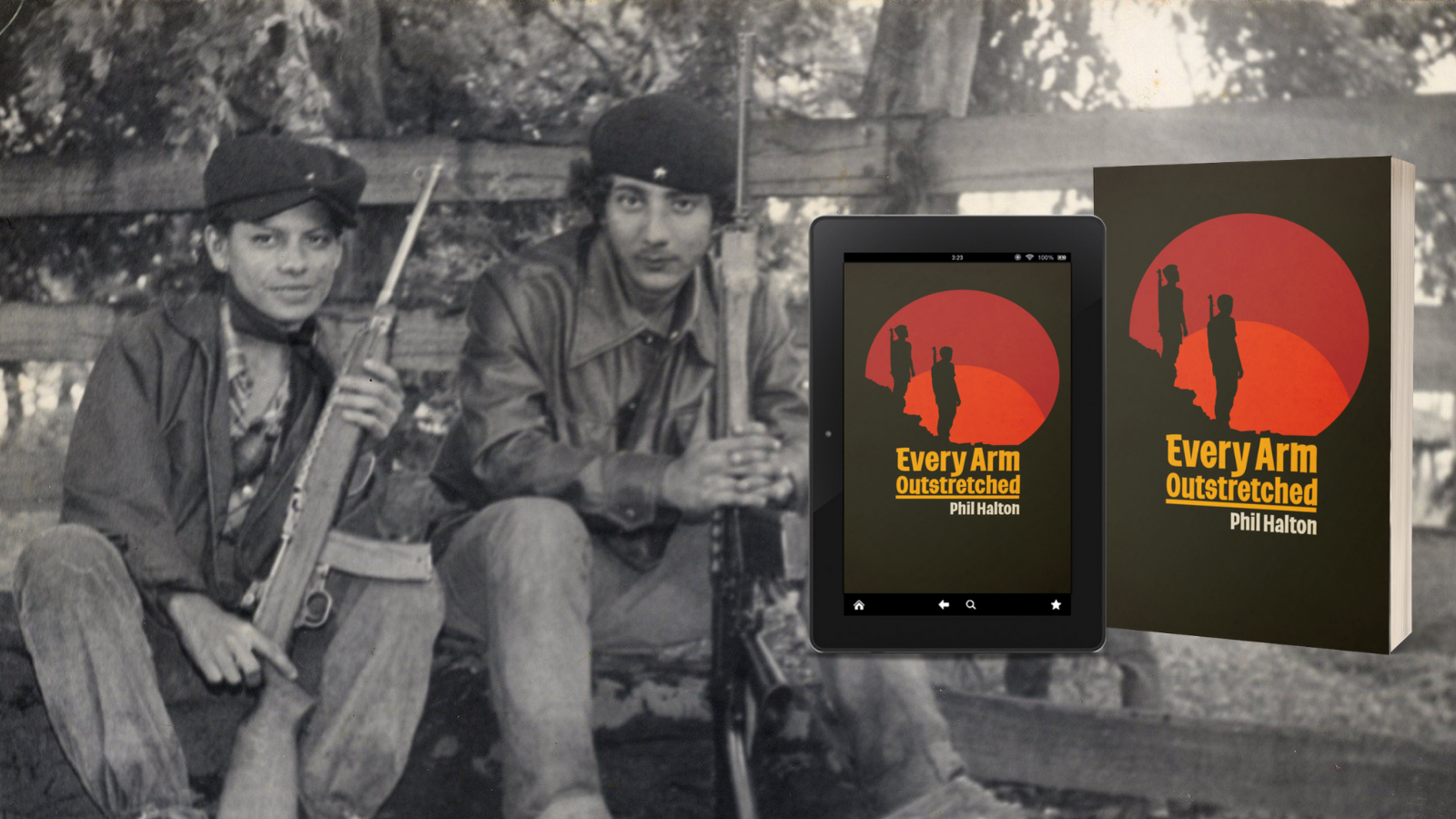 My new novel, Every Arm Outstretched, is about a month away from launching. Set during the Sandinista revolution in Nicaragua, it explores universal themes like truth, loyalty and whether the ends can ever truly justify the means. If you’re interested in those things, there are a number of other books that I think you would enjoy as well that are linked to it by theme, or setting, or mood (or all three). Here are six books that I would recommend:

The Jaguar Smile: A Nicaraguan Journey by Salman Rushdie. Rushdie traveled to Nicaragua in 1986, in the midst of the US-backed war against the Sandinistas. Afterwards, he wrote this portrait of the country and its people in the midst of a crisis. While he captures some of the conflict between communists and capitalists, but also recognizes the moral and individual conflicts that lay beneath.

Che: A Revolutionary Life by Jon Lee Anderson and José Hernández. Anderson wrote the definitive biography of Che Guevara, a thick and detailed tome that is not everyone’s cup of tea. Collaborating with Hernández, he then pulled off the nearly impossible feat of turning the biography into a graphic novel that is every bit as compelling and more accessible.

The Man Who Loved Dogs by Leonardo Padura. The story of Leon Trotsky’s assassination in Mexico City in 1940 pulls together a hundred different threads to weave a fascinating story. We see Trotsky as a friend and lover of Frida Kahlo, the life of the Russian agent who murders him, and the frustrated Cuban novelist who uncovers it all. Translated from Spanish, and beautifully written. And if we ever get a chance to travel again, visiting the houses of Trotsky, Kahlo and her husband Diego Rivera are well worth it.

The Motorcycle Diaries: Notes on a Latin American Journey by Ernesto Guevara. Before he became “Che,” the famous revolutionary, he was an adventurous young man who was anxious to see the world. In 1952, he set off to tour Latin America with his friend Alberto Granada by motorcycle (a 500cc Norton for those who care). What they saw shaped Guevara’s world view and set him on the path that would lead through revolutions in Cuba, the Congo and then to his execution in Bolivia a scant 15 years later.

The Mosquito Coast by Paul Theroux. Better known for his travel books, Theroux is an amazing story teller with a keen eye for setting. Here he describes an overzealous father who uproots his family from America and takes them to the jungles of Honduras to set up a new utopian civilization. Spoiler alert: It doesn’t turn out as expected, but it’s well worth reading about.

A Flag for Sunrise by Robert Stone. Stone was twice a finalist for the Pulitzer, and here weaves together the lives of three separate major characters into one political mess in a fictional banana republic in Central America. His vision of power and American influence is very dark, but reflects both the pessimism of the 1980s and his own experiences with it in Vietnam.