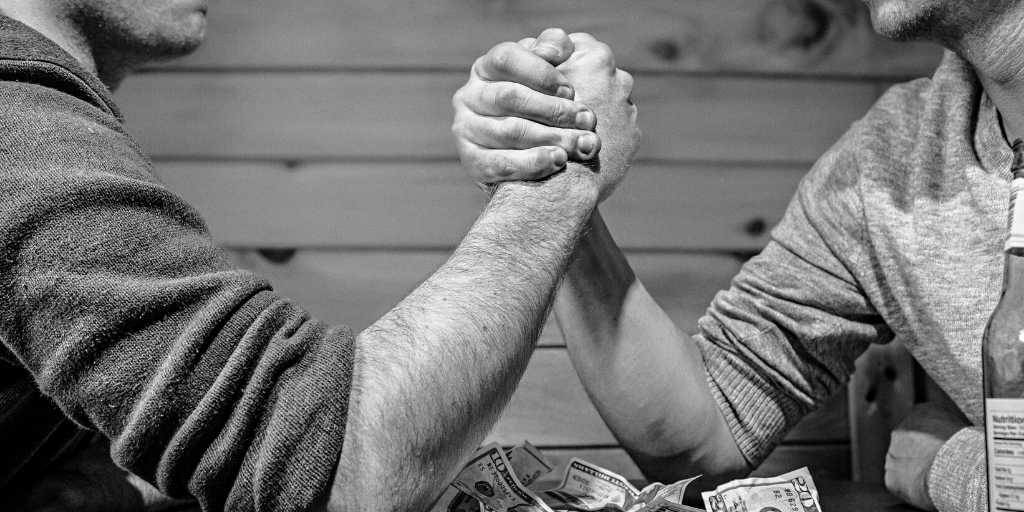 Conflict is an essential element to stories, though even in an action movie it gets boring if it is always physical, or between the protagonist and antagonist. Conflict between all of the characters, even if relatively mild, propels your story along and allows you to maintain an essential level of tension. Here is a trick to help you do that in a way that is consistent, believable and gives you a prompt when you get stuck: use the Meyers-Briggs Type Indicator (MBTI) to define your characters, and the potential conflicts between them.

Although it has many detractors as a scientific method, the Meyers-Briggs Type Indicator (MBTI) is a system for describing personalities based on the theories of famous psychologist Carl Jung. Created in the early twentieth century by Katherine Cook Briggs and her daughter Isabel Briggs Meyers, the MBTI system has found particular popularity amongst performance coaches, relationship counsellors and in team building exercises.

The system assigns all people to one of sixteen personality types, each of which is a combination of preferences between four paired concepts. These concepts are easy to understand, and allow you to indicate a person’s type with a four character shorthand. If you’re not familiar with the system, you can jump right in and take an online test – answering for yourself or one of your characters – to see where you land.

The four pairings are shown in the table below, with every individual expressing a preference for one element of each dichotomy. Not only do these types define how an individual approaches work, relationships and life in general, it gives a good indicator of where they will find agreement or conflict with other personality types. Unsure of what an extraverted person who relies on intuition and feeling while perceiving the world around them (an ENFP) would be like? There are lots of resources on the web who lay it all out for you.

Using the MBTI as a Writer

The value to a writer of these personality thumbnails is enormous. As seen in the link above, vast amounts of material has been written about how certain personalities approach life, their strengths and their blind spots. By applying these types to our characters, we instantly have access to huge amounts of data about their psychology, and how they interact with others. Although it all has to be reworked to fit the individual in question and their personal circumstances, it acts as a writing prompt about what motivates our characters on a deeper level. And whenever we get stuck, wondering about what a character might do, or how to characters might work together under pressure, we have a resource that we can turn to.

For those who are less inclined to Jungian theories, other systems of personality typing exist and would be equally useful. Example from psychology are the Keirsay Temperment Sorter, the Five Factor Model, or for some characters, even by dealing into the Diagnostic and Statistical Manual of Mental Disorders. For a writer, even using astrological signs might be useful.

Writing believable conflict is key to writing believable characters, and by using a system to describe our characters, we help ourselves as writers. Your creativity is supported, rather than crowded out, when you find a scaffolding to work from. This may not work for everyone, but like using index cards to create an outline, sometimes we gain insights into what does work for us by seeing how other writers work.