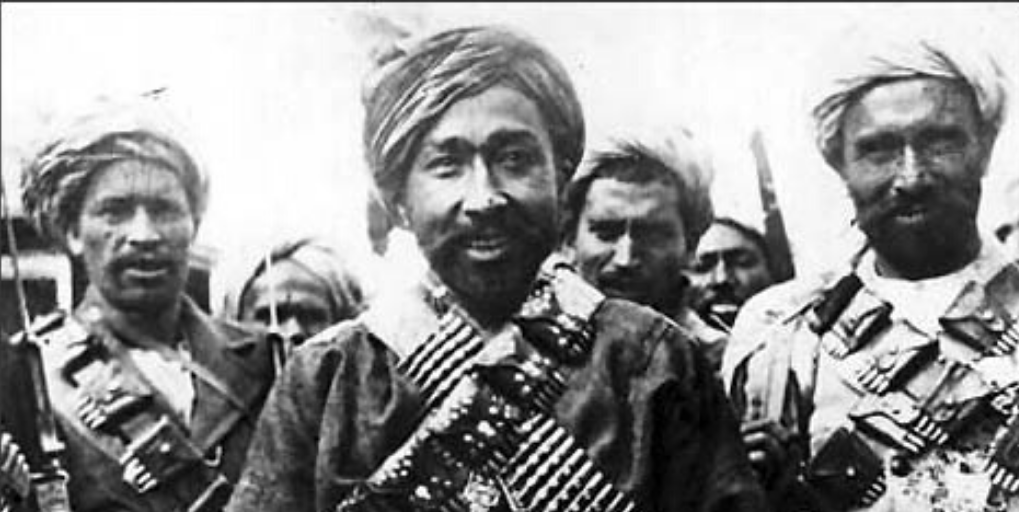 While decades of conflict have created a degree of anarchy and lawlessness across Afghanistan, within Afghan culture there have long been romanticized portrayals of bandits that continue to the present day. Pashtun culture in particular is highly egalitarian, with strongly pronounced streaks of both individualism and justice. The ideal Pashtun male is someone who is brave, stands up against unjust authority, is willing to risk everything to protect the weak, and is generous even with defeated foes. All of these behaviours are contained within a traditional code of conduct known as the Pashtunwali, or “way of the Pashtun.” Examples of men whose behaviour epitomized Pashtunwali become popular stories, told and retold in ways that reinforce the ideals.

Rural bandits in Afghanistan are known as ‘ayyar. The most famous Afghan ‘ayyar is Bacha-e Saqqao, the “water carrier’s boy,” whose autobiography is “My Life: From Brigand to King.” Although he was a Tajik, not a Pashtun, his behaviour exemplified many of the tenets of the Pashtunwali. Operating in the Shomali plain north of Kabul, he outwitted government troops and robbed caravans heading north into the Soviet Republics, sharing the loot with the villages of his men.

He gained particular notoriety in 1929 when Afghanistan’s ruler, Amanullah Amir, tried to convince him to help protect the throne against usurpers from the eastern provinces. Uncertain whether he could trust Amanullah, the Bacha telephoned him, impersonating a government official.
“We have captured the Bacha,” he lied to Amanullah. “What should we do with him?”
“Kill him,” answered Amanullah immediately.
The Bacha then revealed his true identity. “You’ll first have to catch me.”

He then went on to topple Amanullah from the throne and install himself as ruler, taking the name “Habibullah Kalakani.” He ruled for less than a year before he was himself deposed by Nadir Shah. In recent years, pictures of the Bacha have appeared in public places as the Tajik community lobbies for him to be honoured as a former king.

In the country’s east, many tribes were involved for centuries in what was known as the badraga business. Badraga is the practice of gaining permission to cross the lands belonging to a particular tribe, but came to mean the practice of caravans hiring protection as they crossed the tribal lands on either side of the Durand line along the trade route from Peshawar to Jalalabad. It went without saying that if protection was not hired, these same tribes would attack the caravans themselves and extract more than the cost of the original payment. This was considered an honourable business, and made up the majority of the income of many tribes.

Within Kabul, there has long been a tradition of the kaka. A kaka is a sort of vigilante whose strong sense of honour extended to the protection of his entire neighbourhood. At the same time that a kaka would ensure that the norms of honourable behaviour were adhered to in the neighbourhood, he would also control whatever illegal activities, such as gambling or smuggling, took place there. Kakas from different neighbourhoods would often fight for control territory. Akin to the traditional mafias of Southern Italy, they were both protector and aggressor. Most kakas disappeared with the advent of larger armed militias during the 1990s. A famous novel about the kaka, “Real Men Keep their Word” by Akram Osman, was turned into a film in 1979 that you can find on Youtube.

The “Worthy Dudes” of Today

Crime in Kabul today is less driven by the traditional ideas of the ‘ayyar or kaka, and is instead rooted in cynicism after decades of conflict, lack of opportunity and widespread poverty. Criminal gangs have flourished throughout the city (and many others as well), where a specifically Afghan “gangster” culture has developed. Calling themselves bachaha-ye ba subut (“worthy dudes”), they are easily distinguished by a particular style of dress, as well as their own mannerisms and language. Often associated with political parties or specific politicians, these groups engage in robbery, kidnapping and extortion as well as acting as surrogates for more powerful men who need dirty work done, such as murdering or intimidating rivals. Similar gangs have arisen in European cities where large concentrations of Afghan immigrants can be found.