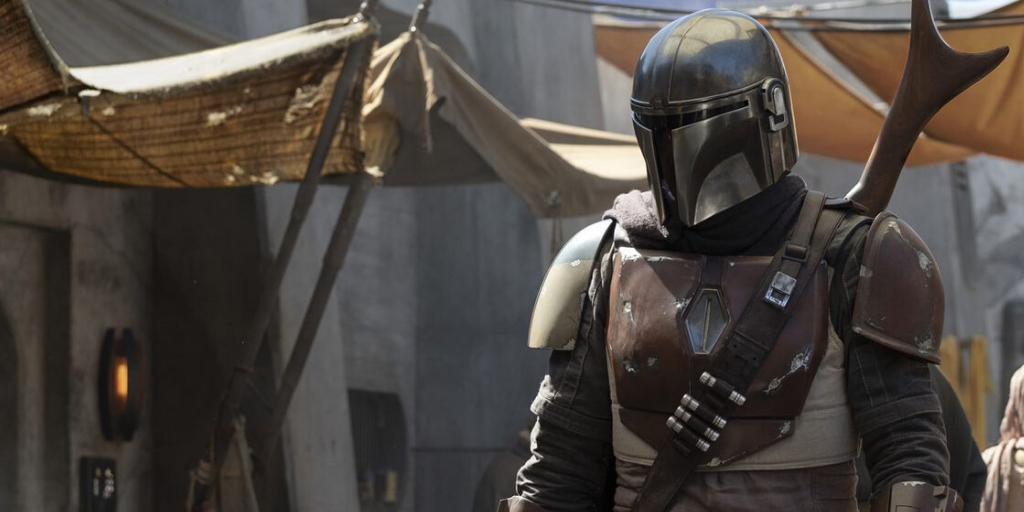 A caveat to begin with: I’m not a huge Star Wars fan. I’ve watched the movies, and enjoyed them, but I don’t have a deep knowledge of the Star Wars Universe or a huge emotional investment in it. Perhaps that’s one of the reasons that when I watched the first two episodes of “The Mandalorian,” I watched it as a writer rather than as a fan.

Star Wars is obviously a huge cultural entity that has been successful beyond all expectations when the first film was made. It paved the way expansive, multi-film series that followed, with all of the merchandising and spin-offs that they entail. But none of this was ordained, and many of those involved in the making of the first film had doubts about its success. In fact, the first film may have been saved in the editing room.

The original film, and arguably the original trilogy, don’t form a complex story. Many of the characters are two-dimensional, there is very little explanation of the very complex setting, and the story is almost laughably straight forward. In some ways, these things all contributed to the stories’ success. They were simple, but they resonated because they were well told.

The more recent first trilogy, widely seen as missing the mark, tried for a complexity that just didn’t work. They added a tremendous amount of exposition and back story that was unnecessary, and frankly uninteresting (Patton Oswalt has some hilarious things to say about that).

A particularly bizarre complication that was planned for the movies–Jar Jar Binks as a hidden Sith Lord–was even pulled due to fans’ reaction to the character. What these films missed was that the very roots of the Star Wars stories was a sub-genre of science fiction known as “space opera.” Extremely formulaic, it was very much akin to other forms of pulp literature, and early works were sometimes just science fiction re-do’s of Westerns. George Lucas originally intended to make a film in the Flash Gordon universe, but unable to obtain the rights, he created his own. This whole genre of stories work because of their simplicity.

And so now to The Mandalorian. Even though only two episodes in, it feels like it will be a hit to me for much the same reason as the first films. While they had their roots in space operas, The Mandalorian is clearly a thinly updated television western. I may be over-reaching, but I saw nods to classic western films in the first episode as well, such as the use of the machinegun in “The Wild Bunch” and the final shoot-out in “Butch Cassidy and the Sundance Kid.”

The stoic and laconic nature of the standard Western hero is taken to new heights by the main characters refusal to remove his helmet, ostensibly part of Mandalorian culture. I might argue that this takes things too far–Pedro Pascal is a hugely talented actor, and in the Star Wars universe it is the bad guys whose faces are obscured by masks, not the heroes. I’m curious to see what they do with this, as we might just be building up the tension before he does take off his mask, or playing with the idea of the anti-hero. It’s a simple thing that has potential to add a lot to the story.

And so what can we take away as writers? I think that there are two key lessons.

Firstly, a story doesn’t have to be complex to work, it just has to be told well. This means hitting the key plot points at the right times, allowing us to build and release tension in a way that is satisfying.

Secondly, the choice of genre shouldn’t be a given even if you are writing in an established universe. The structure and expectations of genre can be bent and twisted almost to the breaking point, but they give us a framework to work with that can work with almost any material (A master of this is writer China Mieville). Put simply, genre is a tool for writers to use, not a constraint.