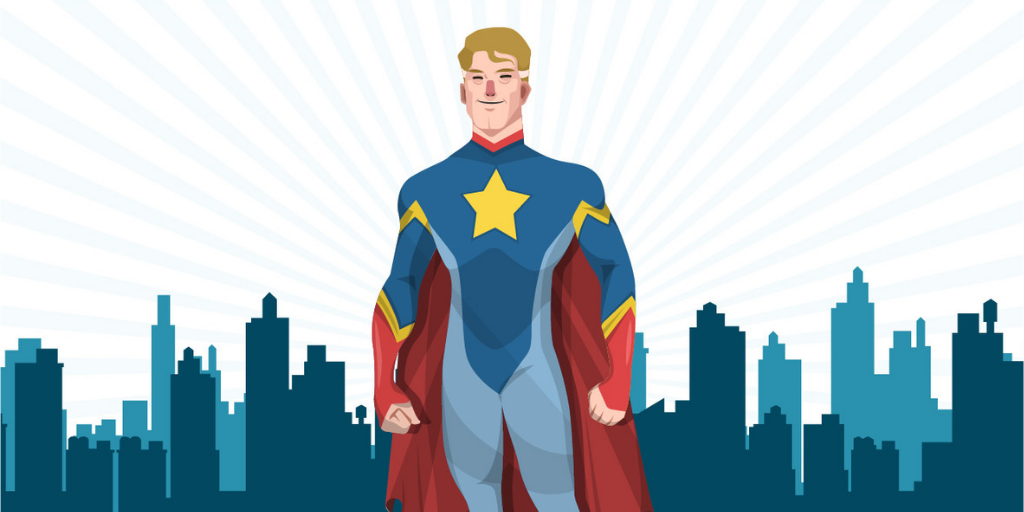 Since starting to write full-time, I’ve discovered that I have a writing superpower. The most surprising thing about it, though, is that it isn’t really about writing. You almost certainly have this superpower, too. Let me explain.

Any creative work is hard. Steven Pressfield calls the thing that makes it hard “resistance.” It’s that force that keeps you frozen as you stare at a blank page, makes you leap up from your chair to clean the house, or keeps you locked in a job you hate instead of committing to your life’s work.

Of all the people who say they’d like to be writers, only a fraction of them ever come up with an idea of what to write. Of the people who have an idea, only another fraction ever sit down and start to write. Of those people, a smaller fraction ever finish a piece of work – whether that’s a poem, short story or a novel. Of those who finish, a smaller number take the hours to edit and polish that work into something presentable. And an even smaller fraction ever show that work to another living soul. See the problem?

My writing superpower isn’t a consummate grasp of grammar, a masterful ability to write dialogue, or superior skill at writing description. It’s not really about writing at all. It’s just that when it’s time for me to write, I sit down and write. If I don’t feel like writing, I write anyway. If what I’m writing is terrible, I put it aside and try something else. Resistance knows that I’m going to be writing, no matter what, and so more often than not it stays at bay.

It’s a fallacy that you should wait for inspiration before you try to create. Self-discipline, the kind that keeps you working on a regular schedule, is how artists start and finish projects. This is just as true whether you write eight hours a day, fifteen minutes a day or every Saturday morning.

And in fact, discipline has allowed me to harness resistance to increase my creativity. The most common form of resistance I encounter now when working on a project are ideas for other projects, seemingly to distract me from what I know I need to do. Plot lines, story settings, even characters and dialogue all lodge themselves in my mind, hoping to tempt me away from my current project. Not finishing a project is a common way to fail. But rather than give in to temptation, I simply capture all of these good ideas in a separate file and get back to work. I have a folder of potential stories that will keep me working for the next hundred years. That’s how discipline became a superpower, not merely a great skill to have.

Discipline doesn’t sound like a very artistic word, but it’s what separates the professionals from the amateurs.

One thought on “My Writing Superpower”