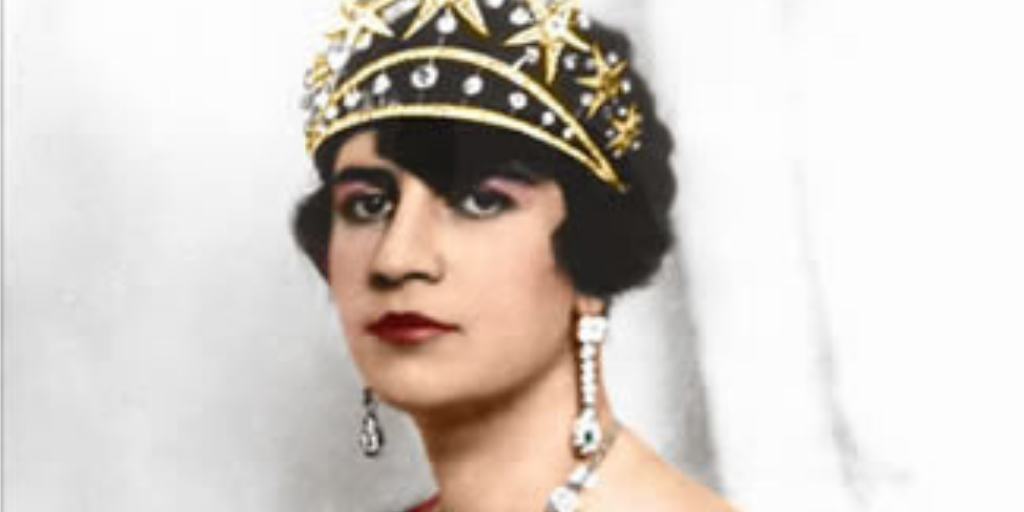 Afghanistan and feminism aren’t often thought of together, unless using the country as an example of one of the worst places in the world for women to live. But buried in Afghan history there is a women who deserves to be lauded as one of the world’s early feminists. Her name is Soraya Tarzi, and she should be better known outside of her home country.

Born in exile in Syria in 1899, she was educated by her father Mahmud Tarzi, who was an intellectual, a poet, a political philosopher and a functionary in the vast bureaucracy of the Ottoman Empire. They were members of the Barakzai tribe, the same larger tribal confederacy as the Kings of Afghanistan. Amir Habibullah invited the members of the Afghan intelligentsia exiled by his father to return to the country, and so Tarzi moved his family to Kabul. He was accepted into the Royal Court as an advisor, but also began to publish a radical newspaper that advocated for modernization along the lines of what was occurring in Turkey under Kemal Ataturk and in Persia under Reza Shah.

Soraya developed an affinity with the Amir’s son, Amanullah, and her father became a mentor to him as well. Soraya and Amanullah married in 1913. When he ascended to the throne after his father’s assassination in 1919, she became Queen.

At that time it was common for the Amir to have many wives, beyond even the four allowed in Islam, as well as a harem of consorts. They were neither seen nor heard outside of the palace walls. Amanullah reversed this and did not take any other wives, nor did he keep a harem. Queen Soraya appeared publicly with him throughout the country, had an active role in court discussions, and was made the Minister of Education. She was awarded an honorary doctorate in education by Oxford University in recognition for her work.

Under her direction the very first school for girls was opened in Afghanistan, offering a secular education rather than a religious one. Now known as Lycée Malalai, this school was reopened in 2003 and continues to educate girls in Kabul to this day. She also influenced her husband who created new laws that banned child marriages, gave women the right to choose their husbands, made education for all children (boys and girls) mandatory and imposed taxes to discourage polygamy.

Queen Soraya also established an organization, headed by Amanullah’s sister, to advocate for the rights of women and to provide a venue for women to complain about mistreatment or abuse.

Most dramatically, in 1928 during a speech by her husband discouraging the practice of women wearing hijabs, niqabs or burkhas, she publicly removed her veil and then made a speech of her own to the astonished tribal and religious leaders. Her example created opportunities within Afghan society in the capital that did not exist before, although her influence in the countryside was much more limited.

When an uprising threatened to depose her husband in 1929, one of the rebels’ demands was that he divorce Soraya and send her into exile. Instead they both fled the country, first to India and then to Italy, where they lived until their deaths in 1968. They were returned to Afghanistan and are buried side by side in a royal mausoleum in Jalalabad.

Although relatively unknown outside of Afghanistan, she is a hero to the women of that country for what she accomplished and for the future of which she dreamed. She is just one part of the forgotten history of Afghanistan that I explore in my book: “Blood Washing Blood: Afghanistan’s Hundred Year War.“

And because I think that children should read stories about real princesses who accomplished things, not just the Disney kind, check out this terrific book about Queen Soraya.