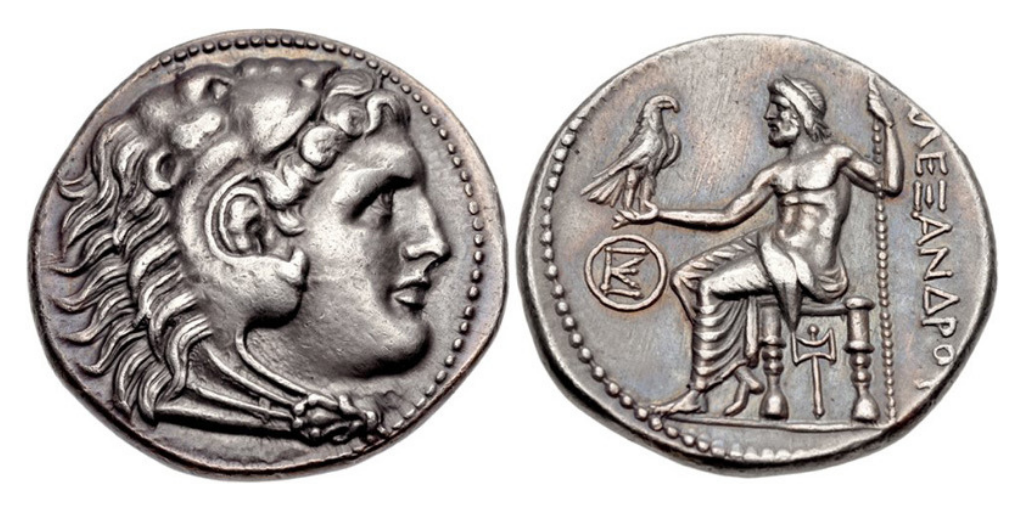 Afghanistan has suffered from many invasions over the millennia, but perhaps the most famous of them all is that of Alexander the Great and his armies. I was familiar with this episode in history before I first visited Afghanistan, though my knowledge grew as I walked the ground. Something I began to wonder, however, was whether there was any aspect of that history that still remained to be seen today. Did Alexander’s passing leave any marks that have survived over two millennia?

Although the most invaluable source of information I had were my Afghan friends who were all too eager to share their knowledge of the history of their country, there is another source that bears mentioning. Nancy Hatch Dupree was an American historian whose work was focused on Afghanistan. She lived in the country from 1962 until she was forced to leave by the Soviet invasion in 1979, and again from 2005 until 2017. Her tourist guide book, “An Historical Guide to Kabul,” is the definitive source on the country’s sights. Despite having been written in 1970, I found it immensely useful to understand the country’s cultural history.

Alexander’s invasion of Afghanistan was actually only a part of his greater war against the Persian Empire. Darius I had conquered much of modern day Afghanistan and compelled it to become part of the Achaemenid (or First Persian) Empire. Darius divided his conquest into satrapies – Aria (based around modern Herat), Arachosia (stretching between Kandahar, Lashkar Gah, Bamiyan and Quetta), Bactriana (Balkh), Sattagydia (Ghazni) and Gandhara (including Kabul, Jalalabad and Peshawar). Many of these divisions are based on intervening mountain ranges that still confound travellers there today.

Alexander fought Darius III from 334 to 331 BCE, finally defeating him utterly at the Battle of Gaugamela (near modern day Dohuk, Kurdistan, Iraq). Darius III fled, and was imprisoned and then stabbed to death by one of his commanders, Bessus. With the death of Darius III, Alexander proclaimed himself the heir to the imperial throne, though Bessus claimed the same. Bessus, who had been the governor of Bactria, took the royal name of Artaxerxes V and retreated to his home. It was to defeat Bessus/Artaxerxes that Alexander invaded the easternmost provinces of the empire in 330 BCE. He remained there until 326 BCE, at which point he launched his ill-fated invasion of India.

Chasing after Bessus, Alexander first accepted the surrender of the governor of Aria, before following the royal road northeast towards Bactria. Although the route of that road has been lost, it is likely that it follows at least some of the path of modern Highway 1 just due to the terrain. He was soon forced to turn back, as the population of Aria rebelled and he was forced to return to defeat them in a brutal campaign of destruction.

The Modern City of Herat

The last holdout to defy Alexander in Aria was the city of Artacoana, which Alexander besieged and defeated. Shortly after his victory, he created a military garrison nearby, which he named Alexandria Areion. The exact location of Artacoana is unknown, but it is believed to be in the vicinity of the modern city of Herat. Alexandria Areion was built on the ruins of a Persian fortress that Alexander ordered to be destroyed. At the heart of the city lies a citadel built by the Timurid ruler Kart Malik Fakhruddin in 1305 CE. Although local custom is that this citadel was built over top of the one built by Alexander, to date no proof of this has been found.

From Aria, Alexander then travelled southeast, again possibly following the track of modern Highway 1. This region was known as Dragiana, and here he “founded” the city of Alexandria Prophthasia, building a citadel and leaving a large number of Greek soldiers, mercenaries and their families to secure the region. Dragiana was a well-organized and heavily populated Persian province, and so the settlement that Alexander founded would have been alongside an already existing town. The exact location is unknown, but it is thought to correspond with the modern settlements of Farah, Zaranj or elsewhere. An ancient fortress on the edge of Farah is known locally as the “Citadel of Alexander,” but its use stretches back at least 2500 years, long before Alexander’s arrival, and there is no evidence to tie it to him.

The Modern City of Kandahar

From Alexandria Prophthasia, Alexander’s armies travelled eastward to another well-established city, Arachosia. This truly ancient city was already large by 2400 BCE, its culture linked to the Harappan and Indus Valley civilizations. Of all the cities “founded” by Alexander in Afghanistan, this is the one that is most commonly known as such, as “Kandahar” is thought to be a corruption of his name in Greek: “Iskandar.”

Old Kandahar, in the western portion of the city, certainly dates back to the era when Alexander invaded. As with the previous settlements he created, he is reported to have built a citadel and garrisoned it with Greek troops and their families. It is possible that he built his citadel on the foundation of an earlier Persian fortress, and that it was improved multiple times by successive conquerors before finally being destroyed by the Persian army of Nadir Shah Afshar in 1738. In any case, nothing in the ruins today appears to date from the time of Alexander.

Visiting Kandahar, I was shown proof of this by an Afghan friend of mine, eager to demonstrate the city’s long history.  He showed me a photo of a stone inscription that had been found in Kandahar, written in ancient Greek. He did not know what it said, but it seemed proof of the Greek origins of the city. My own research has revealed that this stone is very significant, but not in the way that we thought.

It is a fragment of a list of the 14 edicts of the Emperor Ashoka, who ruled most of modern day India and Pakistan from 268 to 232 BCE. Ashoka was a Buddhist, and the edicts dictate that his subjects are to live in accordance with Buddhist thought. The fact that it was written in Greek indicates that the population of Kandahar still contained members of the garrison that Alexander left there (or their descendants), but the engraving is not linked to Alexander himself. It was part of the collection of the Kabul Museum, but was lost when the museum was looted during the civil war.

Alexander continued to march through Afghanistan, turning northward towards where Bessos had gathered his supporters. Although it is commonly said that he “founded” cities at Kalat-i-Ghlizai (modern day Qalat) and Alexandria Caucasus (near modern day Bagram), it is more correct to say that he established garrisons beside existing settlements. The fortress that dominates the skyline above Qalat is possibly built on the site of Alexander’s garrison, though the ruins found there today are much more modern and there has been no archaeological link found. The garrison near Bagram was built next to the ancient city of Kapisa, which had been settled since at least the 5thcentury BCE, and later became famous as the centre of the trade in wine. The garrison’s location is unknown, but it may have been at the location of a rectangular earthwork found about 3 km northeast of Bagram air force base.

The Modern City of Balkh

In June of 329 BCE, Alexander’s army reached the capital of Bactria, the city of Bactra (now Balkh). Settled sometime between 2000 and 1500 BCE, it was known in Arabic as the Umm Al-Belaad or “Mother of All Cities” due to its age. When Alexander arrived, Bactra was a major, cosmopolitan city. It was a major centre of Zoroastrianism (Zoroaster himself lived and died there), and later Buddhism as well. An ancient Jewish community also existed in the city when Alexander arrived, with tradition stating that the prophet Jeremiah was buried there (in the 6thcentury BCE). Visiting there myself, an Afghan friend pointed out a collapsed section of city wall that he swore was where Alexander’s army had breached it. This is unlikely to be true, as contemporary chroniclers say that the city surrendered to him without a fight.

The town today is a mere shadow of its former self, as the city was destroyed in 1220 by the hordes of Genghis Khan and never fully rebuilt. The ruins of the Bala Hissar to the north of the modern town do not seem to predate the Kushan period, long after the Greek kingdom established here by Alexander’s troops had been extinguished, and so the location of the ancient city that surrendered to Alexander is unknown.

Bessus fled Balkh ahead of Alexander, forcing him to cross the Oxus river to the north to give chase. Alexander did not meet Bessus in battle, however, as he was betrayed by his own soldiers and handed over to Alexander as a prisoner. Bessus’ exact fate is unclear, but whatever the means and location, Alexander had him put to death as a pretender to the Persian throne.

Contemporary records describe Alexander as founding the city of Alexandria Oxus in 328 BCE, though given his previous record, it had been thought that this meant adding a Greek garrison to an existing city. The location of Alexandria Oxus was not known, until the discovery in the 1960s of a set of ruins in a remote part of northern Takhar province at the confluence of the Panj and Kokcha rivers, both tributaries of the Amu Darya (as the Oxus is now known). These ruins included ramparts over two miles long, a classical theatre that seated 4-6000 people, a massive gymnasium dedicated to Hermes and Herakles, and temples to Zeus and others. It would have sat at the crossroads of trade through the region, and is also in an area where both gold and gemstones are mined. Scholars have argued about whether this Greek settlement is Alexandria Oxus or a later one, but sadly the site has been extensively looted, and so it may not be possible to settle the debate. It is agreed that the city was destroyed by Kushan raiders around 145 BCE.

Returning to Afghanistan after a successful campaign against the Scythians to the north, Alexander intended to continue to grow his empire. What he found instead was that the Sogdians and Scythians who he thought he had subjugated continued to rise up against him, leading to a series of fruitless campaigns in modern day Uzbekistan and Kazakhstan. Eventually, he delegated the pacification of the region to a subordinate commander, and turned his full attention to the invasion of India instead. When that was unsuccessful, he turned back towards home, dying in Babylon in 323 BCE.

Despite my efforts to research Alexander’s campaign and to visit the locations of significant events, I’ve discovered that there is almost no trace of his passing remains. The real lasting influence of his campaign through Afghanistan was created by the Greek soldiers and families he left behind to garrison his empire, whose culture lasted for another three centuries after his death. These garrisons created a syncretic culture that gave the world the Greco-Buddhist style of sculpture, architecture and wall-painting, later examples of which still exist in eastern Afghanistan and northwestern Pakistan. Successive regimes in Afghanistan have tried to erase some of the country’s pre-Islamic culture (the most famous example being the destruction of the Bamiyan Buddhas by the Taliban), but the remnants of Alexander’s army actually created an incredibly import and interesting part of world history that shouldn’t be forgotten.

If you are interested in reading a fictional account of Alexander’s invasion, I highly recommend “The Afghan Campaign” by Steven Pressfield.    Although told from the perspective of a lowly foot soldier, it give an excellent feel for the campaign and its challenges as a whole. To learn more about Greco-Buddhist art, I’d recommend “Buddhist Art: An Historical and Cultural Journey” by Giles Beguin.

3 thoughts on “Traces of Alexander the Great”