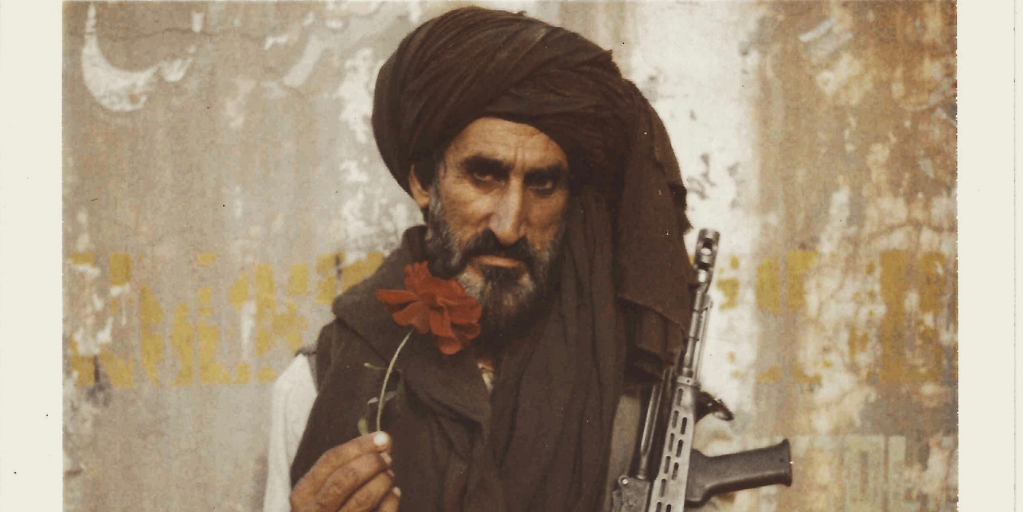 At your Christmas, Bagram is alit and bright,
On my Eid, even the rays of the sun are dead,
Suddenly at midnight, your bombs bring the light,
In our houses, even the oil lamps are turned off.

Afghanistan is a country of poets.

“The Poetry of the Taliban” would seem to be a very unusual book, until the centrality of poetry in Afghan culture is understood. One only has to speak with an Afghan for a few minutes—be they a government official or an illiterate farmer—before they include a quote or aphorism from the large body of Persian, Pashto, or Urdu literature. Snippets of poetry or allusions to traditional stories, such as the tale of Malalai and her fiancé, are used to spice up everyday conversation. In a country with a very low literacy rate, the oral tradition of poetry recitation is a cultural cornerstone.

One of the key obstacles that prevent many people from understanding the local appeal of Taliban movement is the lack of accessible material in their own words. The bookshelves are full of western interpretation, but along with autobiographical books such as “My Life in the Taliban,” this is one of the few available sources that provide an unfiltered window into their point of view.

It would be easy to dismiss this collection of poetry as mere propaganda, but this wouldn’t be correct. It’s true that the Taliban maintain a website and are active on social media, and through these means they publish large volumes of poetry written by Afghans. We tend to view this poetry as being political, but this reflects the Western lens of primarily viewing the Taliban as a political movement. They are also a cultural movement, and through that lens, the poetry is less about politics and more about identity.

Certainly the Taliban movement are better known as extreme conservatives than as supporters of the arts. The resilience of the movement in the face of over a decade of concerted efforts to destroy them points to the fact that there is a degree of appeal to their message. Part of their message is a call to return to a righteous, idealized society of the past. This idea resonates with many Afghans as it is similar to the idea behind the hadith. This body of knowledge, second only to the Quran in Islamic jurisprudence, provides a guide to “correct” living by minutely examining the life of the prophet, Muhammed (PBUM).

The conflict in Afghanistan, entirely a political one for the Western powers engaged there, is at least equally a cultural one for the Afghan people themselves. The conflict has gone on for so long, in fact, it has begun to thread itself into the culture itself. I’ve already written about the incredible phenomena of “war carpets” in Afghanistan. It’s also very common to find recordings of Taliban produced poetry – recorded as rhythmic chants – for sale on DVD or simply as MP3s that can be transferred from phone to phone. These have aesthetic appeal beyond Taliban supporters, and are incredibly common as ring tones amongst Afghans from all walks of life.

When the Taliban governed Afghanistan, they famously suppressed all kinds of music and targeted musicians, many of whom had previously been supressed or co-opted by the Soviet backed government. The Taliban did maintain a radio station in Kabul, but rather than playing music it instead broadcast huge amounts of poetry, sometimes accompanied by clapping or the beat of a hand drum. Mullah Omar was himself a fan of the famous poet and musician Saraji, whose works are very well known in Afghanistan and Pakistan.

“Poetry of the Taliban” contains over two hundred poems, from the period of the anti-Soviet jihad until today. I don’t recommend this book for its artistic value, as the poetry is of very mixed quality, but instead because of its anthropological value. It’s important to see the Afghan people as neither solely victims nor insurgents, but as a society so thoroughly embroiled in conflict that one becomes indistinguishable from the other.

Poetry, story and song appear throughout my novel “This Shall Be a House of Peace,” as part of the everyday lives of the religious students, farmers and even bandits. My own understanding of Afghanistan has been enriched through learning these key cultural references, and relating to them on a human level.

There will be no end to the conflict in Afghanistan until the legitimate grievances of those fighting are understood and addressed, and this book helps those who read it to understand what those grievances may be.

3 thoughts on “The Poetry of the Taliban”