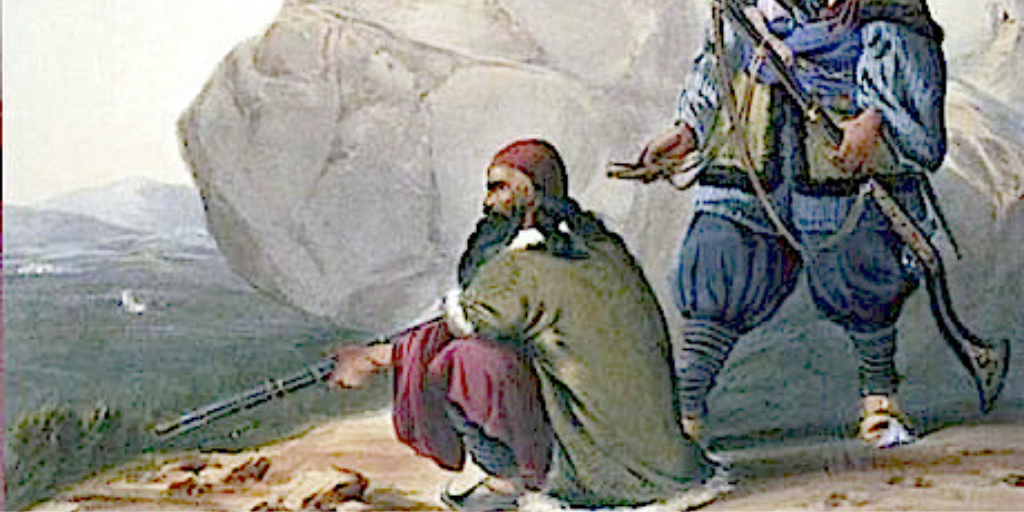 The military might of the British Empire was not easily challenged in the 19th century, and yet they were soundly defeated during the First Anglo-Afghan War (1839-1842). This is quite remarkable when you consider that Afghanistan at the time had no standing army, and no formal military industry to manufacture firearms. Part of the reason for their victory was the feared jezail.

The jezail was a musket or rifle manufactured by hand in artisanal workshops. Many incorporated pieces of captured western firearms, but like the more famous Kentucky rifles, each was individually crafted. Many jezails were beautifully decorated as well, with magnificently engraved metalwork and inlaid brass and mother of pearl in the polished stock.

Besides their beauty as objets d’art, they were also deadly. The Brown Bess muskets of the British Army (and the East India Company) were optimized for quick loading and firing on mass. They were mass manufactured from interchangeable parts, and the musket balls were deliberately made smaller than the bore in order to ease loading as the barrel fowled, and they were not effective beyond 150 yards. Even still, the quick volleys of a dense group of soldiers armed with the Brown Bess could be devastating.

The jezail, by contrast, was a weapon suited to an individual fire. It was decorated according to the owner’s taste, and had a much longer barrel than the Brown Bess. Many were so long that they could be loaded, with the butt resting on the ground, while the user sat on horseback. Unlike the Kentucky Rifle, meant primarily for hunting, the jezail was made in large calibers suitable for warfare. When rifled and fired with a rest, they typically out-ranged the Brown Bess by several hundred yards, giving the firer a tremendous advantage. When fired from the tops of rough terrain that the British could not easily scale, they were incredibly deadly.

An element of the jezail’s design is the distinctive curved butt. Although the purpose of this is debated, it seems most likely that it was used to help control the weapon on horseback, as it could be tucked under the arm and held there.

A scrimmage in a Border Station
A canter down some dark defile
Two thousand pounds of education
Drops to a ten-rupee jezail.

Although no longer used by insurgents in Afghanistan, the mindset behind the jezail still prevails today. Firearms continue to be handcrafted by artisans, many of which are highly detailed copies of modern weapons. A very famous centre for this cottage industry is in the Federally Administered Tribal Area of Pakistan, in a town called Darra Adem Khel. Located in the Kohat Frontier Region, the town is mostly inhabited by Pashtuns from the Afridi clan. Gunsmiths line the main street of the town, and visitors can see weapons being manufactured by hand – everything from tiny pen-guns to anti-aircraft cannons. Understandably, the town is not generally accessible to tourists.

The individual desire to decorate one’s weapon is also still prevalent in Afghanistan today. Many of the Kalashnikovs carried by Afghan National Army soldiers and the insurgents fighting them are adorned with colourful tape, stickers or are painted with folk designs.

Although the characters in “This Shall Be a House of Peace” use modern firearms captured from the Soviets, jezails make a few appearances in the story. When they do, it is most often as a symbol of resistance or Pashtun identity.

While the utility of the jezails themselves have waned over time, their spirit lives on.