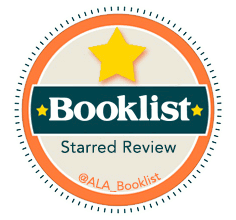 Writing can be a very solitary endeavour, and after spending months or years working on a novel, it can be hard to tell if what you’ve produced is any good or not. Although self-validation is important, great reviews help too.

I recently received a rare “starred review” from BookList, meant to signal “an outstanding work of a particular genre.”

You can find it on their website here, but I’ve also copied the text below.

Describing Halton’s first novel as a work of historical fiction about the origins of the Taliban does not quite cover its intense psychological and cultural exploration. By approaching the world-changing, religious-political entity from the angle of the individuals associated with its origins, Halton, formerly a Canadian military officer, radically challenges all pre-existing assumptions. The experiences of the brothers Wasif and Amin, students of the laconic mullah who is the force behind the group, anchors the events of the story. As they go from being boys to men in a short span of time, the social and psychological layers of political conflicts are revealed. Halton’s atmospheric descriptions bring to life the rugged terrain where these Pashtun men meet, talk, debate, and fight. The minimal presence of women serves as striking commentary on this divided world in a tale that is utterly nonjudgmental. Halton captures the zeal and righteousness at the root of all revolutions and gives readers a rare opportunity to gain insights that bridge cultural chasms, as he illuminates why faith and war are so intertwined for his protagonists. Halton’s debut is a must-read for all who turn to books for an understanding of worlds other than their own.