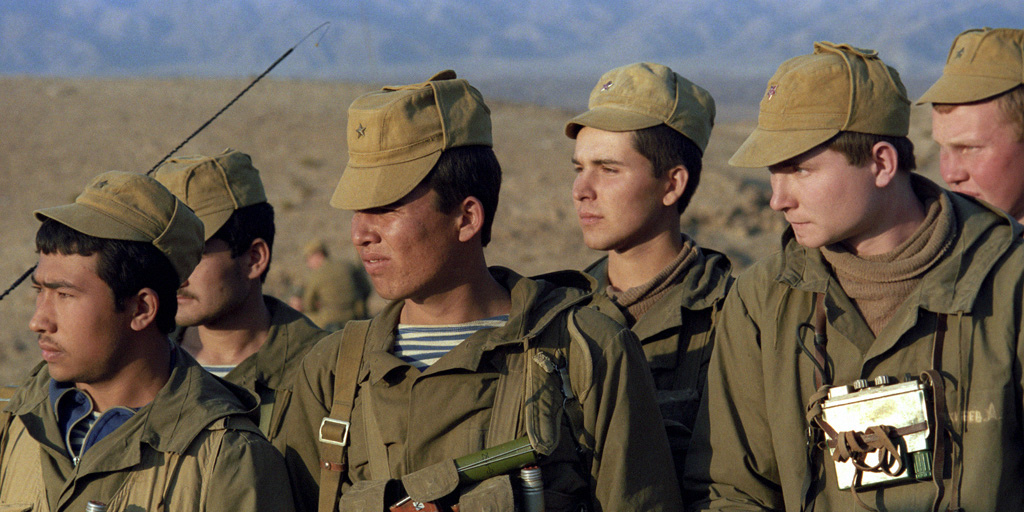 When Russia’s decade-long military intervention in Afghanistan ended in 1989, armoured columns withdrew over the “Friendship Bridge” into what is now Uzbekistan. Trailing the final column on foot was the Soviet Army in Afghanistan’s commander, Colonel-General Boris Gromov. “That’s it,” he said to a television crew filming the withdrawal, “Not one Soviet soldier is behind my back.”

We know now, of course, that this was not true.

During the ten years in which the Soviet Army was directly involved in the conflict in Afghanistan, over 620,000 soldiers served there and approximately 14,453 were killed. Initially, there were over 400 Soviet soldiers who had been captured or were otherwise missing. A Soviet veteran’s organization, the “Committee for International Soldiers,” and the Russian Cultural Centre in Kabul, have since identified that over 200 Soviet soldiers still remain in Afghanistan, at least a few dozen of whom have been confirmed as still being alive.

It is easy to forget that the Soviet Army included many soldiers who, ethnically and religiously, were more like the people of Afghanistan than those from the Russian heartland. Conscripts from the Soviet Republics of Azerbaijan, Kazakhstan, Kirghizia, Tadzhikistan, Turkmenistan and Uzbekistan would have found many familiar elements within Afghan culture. Their ability to blend in to society and disappear likely made desertion more feasible.

Veteran’s organizations had little ability to track down missing soldiers during the afghan Civil War that erupted after the Soviet withdrawal, or during the Taliban regime. Since 2001, the remains of missing soldiers have been identified, and contact has been made with many of those who remain alive. Each of their stories is unique.

Gennady Tsevma was born in Eastern Ukraine and conscripted for service in a motor rifle battalion. In 1983, at 18 years old, he was beaten by a drunken officer and deserted by simply walking off base. Captured by the mujahideen, he later converted to Islam, took the name Nek Mohammed, and now lives in the northern city of Kunduz.

Crippled in the leg by an injury sustained while fighting with the mujahideen against the Soviets, he is now filled with regret and fear at possible retribution from his comrades. He lives in poverty, and says that he has regretted his decision to desert almost from the moment he did it.

Khakim Bakhretdinov was an ethnic Uzbek born in Samarkand and stationed near the Western city of Herat. He was badly wounded fighting against the mujahideen and was presumed dead by his comrades. In fact, he was captured and nursed back to health. His head wound caused memory loss and other cognitive problems, but he now lives as an iterant faith healer named Sheikh Abdullah. He no longer speaks any Russian, and remembers little of his former life.

Nikolai, a former Soviet parachute regiment officer born in Kharkiv, Ukraine, deserted after becoming disgusted with Soviet atrocities. He is now known as Nasratullah, and is a police officer in Baghlan province.

Sergei Yurevich Krasnoperov was born in Siberia and was conscripted to fight in Afghanistan. He also deserted, in this case after an officer caught him stealing military supplies and selling them to the locals. He made contact with a group of mujahideen, and willingly joined them. He used his military knowledge to repair their equipment, and became a valued part of the local unit. He is now known as Noor Mohammed, and lives with his Afghan wife and six children in Chagcharan, in Central Afghanistan.

Irek Hamidullan, whose original name is unknown, was a tank commander with the Soviet Army but either defected or was captured by the mujahideen. His story is unusual, in that not only did he fight with the mujahideen and the Taliban, he continued to fight after the fall of the Taliban in 2001. He was captured by US Forces in 2009 after an attack on Camp Leyza in Khost, and accused of being a leader within the Haqqani Network. He has been held in extra-judicial imprisonment ever since.

Contrary to what one might expect, all of the former Soviet soldiers reported that they were fully accepted within Afghan society. Several said that Mullah Omar was so impressed by their devout lives that he gave them homes and businesses to ensure their well-being. Most of those who have been interviewed by Western journalists have had the opportunity to visit their families and homes in the former Soviet Union, but few have opted to return to their previous lives.

Ironically, with the collapse of the Soviet Union soon after the withdrawal from Afghanistan, many of these men felt that there was no home to return to. Many of those that have settled down and started businesses and families in Afghanistan seem very well adjusted. They may in fact have had an easier time adjusting to their war experiences than the many Soviet veterans who led troubled lives after their return.

Many aspects of the war in Afghanistan are forgotten or misunderstood. You can learn more about it all in my new book: “Blood Washing Blood: Afghanistan’s Hundred Year War.”