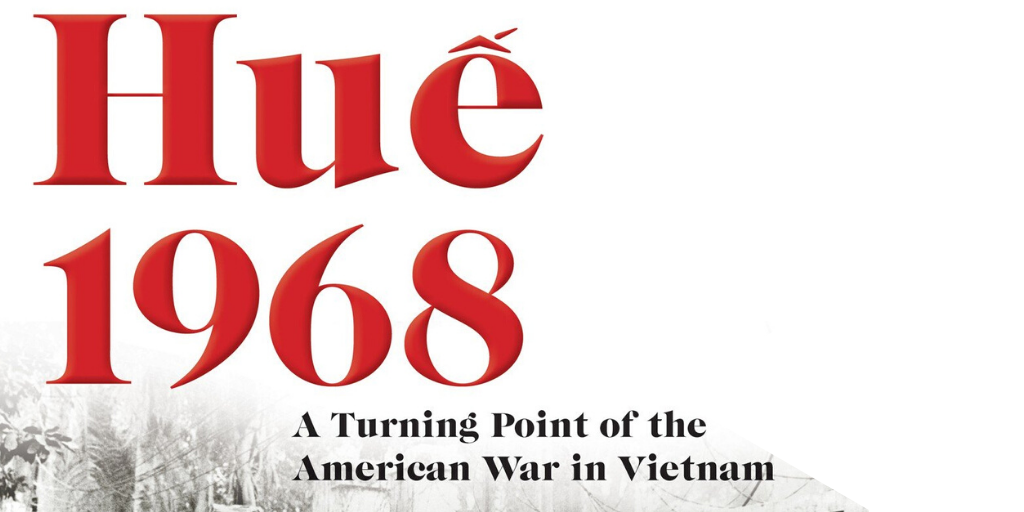 “Hue 1968” is the latest book by acclaimed author Mark Bowden, best known for his account of the 1993 debacle (and bravery) in Mogadishu, “Black Hawk Down.” It is an excellent read, for anyone interested in the Vietnam War or in seeing the detail of how an urban insurgency is fought.

“Hue 1968” describes the fighting in and around Hue City during the Tet Offensive. He does an excellent job of weaving stories from individual soldiers on both sides of the conflict with descriptions of the strategic and operational context that drove the battle. We see both what the Vietnamese leadership intended to achieve, as well as the reasons why U.S. leadership had difficulty understanding the unexpected situation that unfolded in Hue – which General Westmoreland was convinced was a diversion away from the enemy’s real objective, the U.S. base at Khe Sanh.

Especially interesting are the stories of the young Vietnamese men and women enlisted as guerrillas to help prepare for the offensive, undertaken largely by North Vietnamese Army soldiers unfamiliar with the city. Their knowledge of Hue, and their ability to circulate through the city unhindered in the months leading up to Tet, provided much of the operational and tactical intelligence that was used to plan and execute the operation.

One of the many individuals who are described in the book is a USMC public affairs Sergeant, Dale Dye. Decorated with a Bronze Star with a “V” device for heroism during the fighting in Hue, he would later go on to great acclaim as a Hollywood military advisor, working on (and in) such films as Platoon and Born on the Fourth of July, as well as on television series such as Band of Brothers.

“Hue 1968” is also in pre-production as a four part television series, to be released by FX Network in 2018.